Once upon a time, I said “good-bye” to a friend. Except I didn’t: I didn’t actually say the words.

I was planning on moving to Germany, he had already established his life in another country, there was no logical reason to expect we’d ever see each other again, but I didn’t pronounce the actual good-bye because 1) I believed in my heart of hearts that someday, somehow, we would find ourselves face-to-face again, 2) the previous few years had shown me that we had the kind of connection that is, in a way, always “open,” even when we aren’t trying to reach out, and 3) I didn’t want to “close” that. I didn’t want that moment to be good-bye.

Instead, we hugged each other, smiled, wished one another well on the next chapter in our respective adventures, and just walked away to take our own respective paths. It struck me in hindsight that he didn’t say “good-bye” either. Perhaps he wasn’t as deliberate about that as I had been — or maybe it’s just that, between the two of us, “good-bye” has never felt natural, relevant, or true. Instead, once in a while, we have reached out to one another despite a long history of mostly-silence and “disconnection” and poured out our heart’s concerns. Having the kind of connection where this is possible — being able to express the heart’s truth when it matters — is more important than any good-bye.

Fast-forward to early-2017, an occasion for a very different kind of good-bye. My father called me from the United States while I was in the subway, trying to help direct a Polish tourist around Berlin. This was a call from my 92-year-old grandmother’s deathbed. I cried into the phone, excusing myself from the Polish lady, while my grandma chattered, pleasantly, distractedly high from all her medications. I kept my crying inaudible (so as not to make her nervous) and the conversation light. Then as ever fixated on food, my grandma talked to me about how she was eating at the hospital. She also mentioned she didn’t have a lot of energy.

“That’s okay, Grandma,” I reassured, through a swollen, burning throat. “You don’t need to have a lot of energy right now; all you have to worry about is relaxing. Just let yourself relax.”

This was not just a message for the moment: this was a message I sensed she would need when it was time for her to return “home.” She could just relax; Heaven would take care of the rest for her.

When my dad was about to take the phone back from her again, I didn’t say good-bye then either. I didn’t even lie and say, “Talk to you soon.” That felt unnecessary. Instead, I just told her — and repeated, and repeated again — “I love you, Grandma. I love you.”

In that moment, some part of me was remembering the parting years ago with my friend and what it taught me: sometimes, not saying “good-bye” feels so much more right. Many of the same reasons applied: 1) I believed we would someday meet again, 2) I trusted that the lines of communication between our souls would always be open, 3) I had absolutely no reason to try to “close” that. So a good-bye-less parting was better for my grandma. And for me: I didn’t want my memories of our final conversation to be sealed with a farewell. I wanted it, instead, centered around “I love you.” Those words are far more lovely. Far more important. And far truer to the spirit and totality of our relationship. Our relationship wasn’t about good-bye. It was about I-love-you.

My grandma lingered for a few days longer, but when her time did come, in her final moments, my parents called me again from the States so I could say last words to her on the phone. In the mere seconds that it took me to get out of the noisy café, however, so that I could hear her better and avoid having to shout into her dying moments over a cacophony of late-night sounds — she passed. Without my “last words,” without my “good-bye.” Instead, the last she’d heard from me was a few days earlier, when I’d closed our conversation with, “I love you.” That is why, from the moment I recognized that I had “lost my chance” to say anything else to her while she was on this earth, I was already at peace with that ending. I’d said all the words that had mattered all along the years.

We worry, sometimes, about saying “good-bye.” We put so much weight in it. But is “good-bye” ever, truly, what we most want to say? Is that truly what our hearts most long to express? To pronounce a severance, a conclusion, a loss?

Our heart lives to express its love. Words of care and compassion. Gratitude and admiration. Joy and wonder. So say these now. Say these today. Say these always.

Laura left a Ph.D. program at age 26 to make good on long-forgotten dreams of nomad'ing and writing. She currently lives in Berlin and writes about the magic of everyday life — most especially, the magic we find when we open our hearts and choose to follow them.
communication connection death emotional healing expressing love finding peace finding peace in loss grandma grief grieving healing life loss love pain sad saying good-bye saying i love you speaking from the heart story 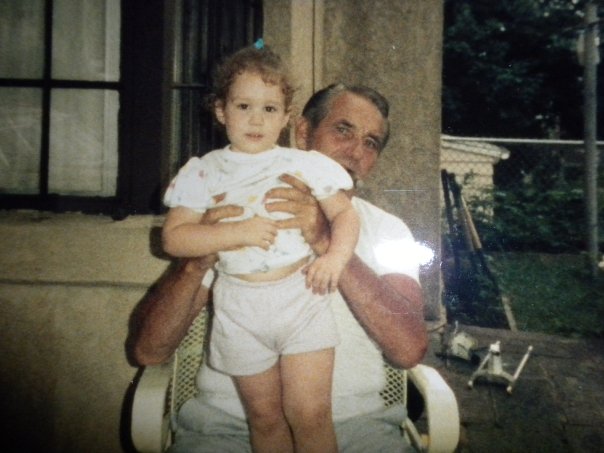 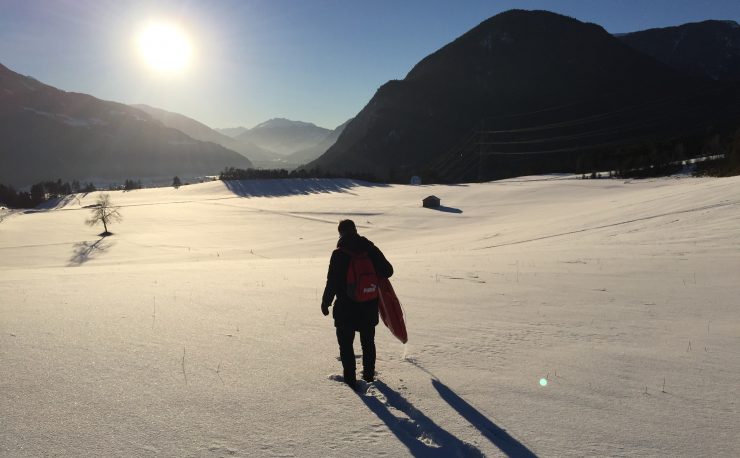 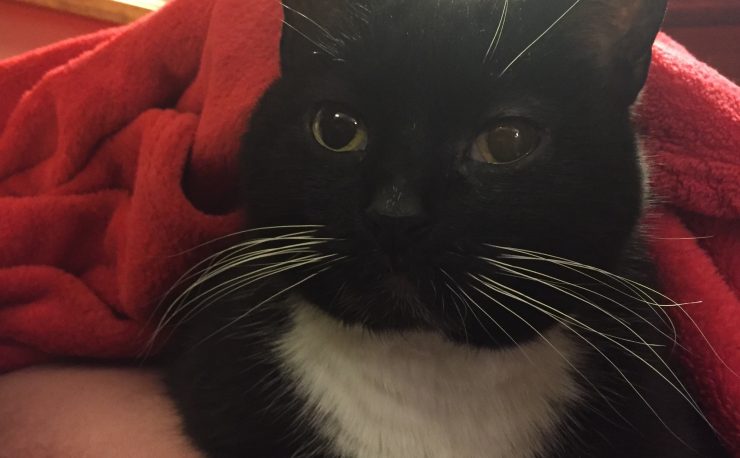 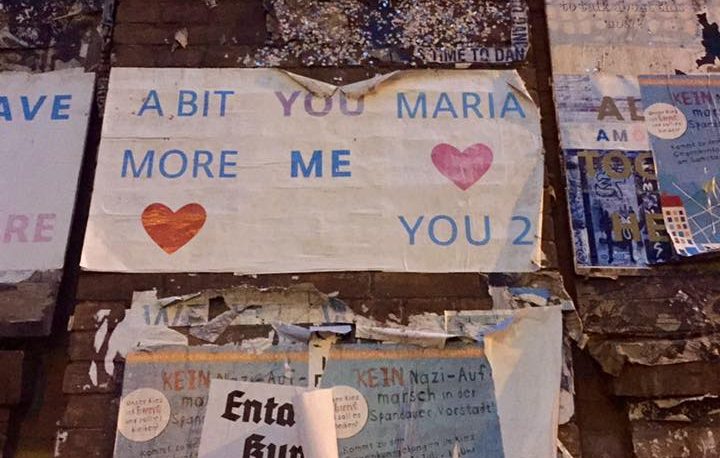 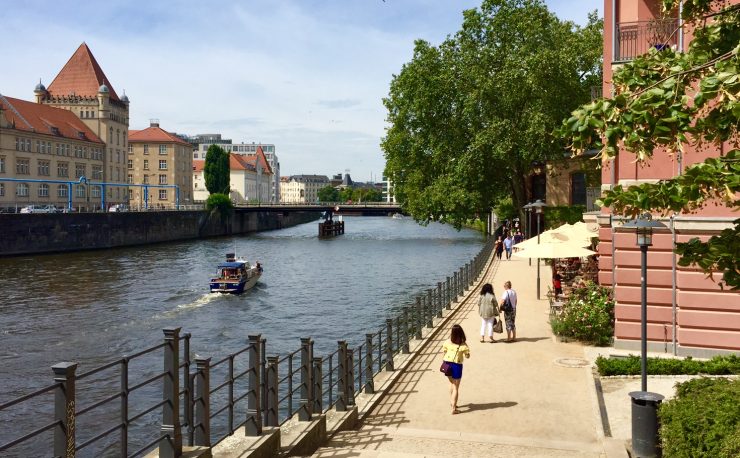 Last night, while walking along the river, I paused and leaned against a tree to take some gravel out of my shoe. When I glanced back at the tree after resting my hand on it, … 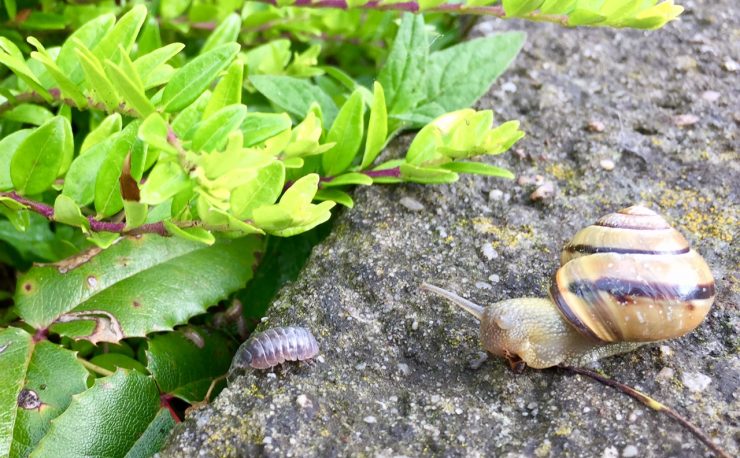 A couple weekends ago, sugar crashing, I was racing home to cook when something stopped me in my tracks. There in front of me, a snail was sliming its way across the sidewalk on …